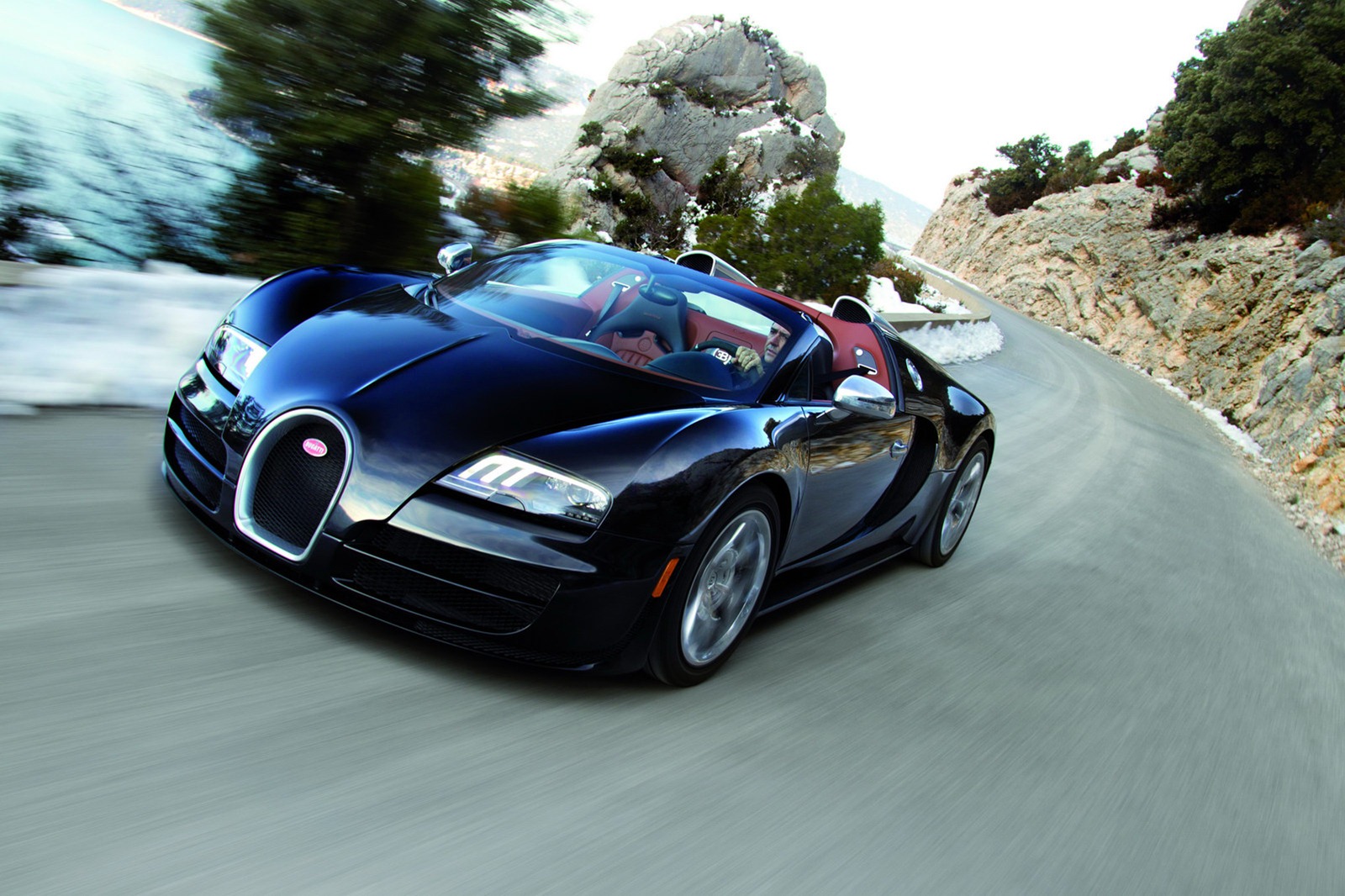 The natural impression of the Bugatti Veyron, regardless of modelyear or version is that it’s a performance monster, a jet fighter that never takes off and all that stuff.

Truth be told however, things aren’t as simple as that. The Bugatti Veyron is a vehicle created for the elite, there’s a world of no compromise to consider.

This is best seen in the way the new promo video Bugatti made for the Grand Sport Vitesse version. You see the specs, but the car isn’t exploding, it’s creating a soothing dream.

The drop top version of the Bugatti Veyron SS, the GS Vitesse combines a the thrill of unlimited power with the joy of unlimited headroom.

Under the bonnet you find a, well, pretty much all of the car is the engine. It’s a quad turbocharged W16 engine which develops a total of 1200 horsepower and 1,106 lb-ft of torque.

Those sorts of figures mean that even though the Bugatti Veyron GS Vitesse wheighs in at a smudge under 2 tons, it can still go from 0 to 62 in 2.6 seconds and on to a top speed of 255 mph.

The figures are impressive but they don’t tell the whole story of mind bending acceleration when that engine is combined with the most advanced gearbox ever made and a traction control system that’s simply brilliant.

It may be an assault on the senses when your right foot is firmly pressed on to the accelerator but when it’s not, it’s simply a delight of a car to be in.

Some of the materials used to make the interior of the Veyron GS are so amazing they’re not even available for common studies. Which is just as well since the price isn’t exactly low.